Learn more about the culture here at Rocket Clicks and find out what makes each and every one of our team members a leader.

Rocket Clicks is a top Milwaukee PPC agency according to UpCity. We think they're right, and we'd like to prove it to you first-hand. 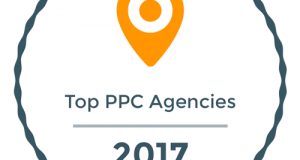 Rocket Clicks strives to be the best at what we do, and so do our analysts. Learn more about our push to get certified in relevant areas.

Comments Off on Rocket Clicks Gets Certified!

Rocket Clicks was named one of the top 10 SEO companies in Milwaukee.

Rocket Clicks is now a Premier Google Partner! Learn more about our dedication to providing the best service we can for our clients.

Find out what we learned when RadioMilwaukee’s Jordan Lee spoke to Rocket Clicks about his experiences with 88Nine.

Milwaukee native Amanda Iglinski shares her experiences about Milwaukee and the art culture within it. As the previous Artbeat board curator and co-founder of Bubbler Studios, Amanda has a strong passion…

Co-founder of the sober party sensation, Party.0 and public speaker, Jake White shared his entrepreneurial business background with us, including some of the challenges and rewards he has faced during his…

Comments Off on Interview With Co-Founder of Party.0, Jake White
Company Culture

Tom Wolf is the Rocket Clicks Ping Pong champion. When he isn’t smashing ping pong balls at people’s face, he tries to stay active with things like soccer, volleyball, and his…