Whether or not someone is a fan of martial arts films, it’s safe to say that Bruce Lee’s famous line in “Enter the Dragon” is one of the most referenced in pop culture. Early in the film, Lee comes head to head with another martial artist, who performs an impressive board break to try and intimidate Lee. Stoic and sure, Lee’s dismissal of the demonstration is simple: “Boards don’t hit back.”

At face value, the obvious response might just be “well, duh.” But once we dig deeper, we understand that Lee’s actual message is more complex. Breaking a defenseless piece of wood is not nearly as impressive as going up against someone who can fight back.

We can apply the same mindset to marketing. It’s tempting to try to beat numbers into submission, strong-arming the data until it tells a story you want to hear. But numbers don’t hit back.

Bullying the data until it paints a more flattering picture of your business will never get you to the truth about what’s working – and what’s not. 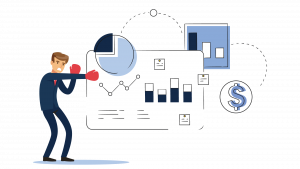 Ask yourself, honestly: Are you a data bully?

Are you insisting that the numbers you’re seeing can’t be true, and manhandling them until they start telling you what you want to hear? Is the actual truth so beaten down that it doesn’t argue with you anymore? These can be tough questions to answer when you’re so invested in the outcome.

Two main indicators that you’ve been bullying your data are:

1. When the data shows a pattern that scares you, you question it, make excuses, or focus on individual exceptions to the rule.

“No, that lead was garbage. We never had a chance from the start, so it doesn’t count.”

“That client was the worst! We never should have taken them on. It won’t happen like that again.”

2. You’re laser-focused on the positive numbers, but have blinders on when it comes to the full picture.

“Our website is converting at 10% – so obviously we don’t need to change anything we’re doing.”

Bullying the data into submission might make you look better. It might even make you feel better. But when you don’t let the facts speak up because you are afraid of what they might say, the only thing you’re doing is preventing your organization from growing stronger.

Listening to the numbers means you’ll have to face uncomfortable truths head on. Let’s say you’re a service-industry business and you’re presented with this analysis:

Now the fight is on!

Someone tries to distract from the issue. “Right, but there are no real issues keeping clients here –  we’ve kept one client for 13 years!” One person pulls up the list of recent clients that have been lost, and judgements are made about if they were a good fit or qualified. Another chimes in with an excuse, “Well, we lost team member Kate during this period and we were covering her stuff too. That’s why we lost client XYZ.”

Both the numbers and team members are woozy from going 9 rounds of combat without solving anything.

But here’s the truth: assuming the data tabulation was double-checked before presenting and is correct, those numbers are real, and must be treated as such. Period.

So where do you go next?

What’s amazing is that the solutions to the real issue – poor client retention – are rooted in the exact same excuses that were just used to abuse the numbers.

So start by checking your assumptions at the door. Face the big questions about your organization that you’ve been too scared to ask, and challenge yourself to truly listen to the answers the data gives.

When you stop bullying the numbers and actually listen to what they have to say, they’ll help you identify your weak spots – which will only make your organization stronger. 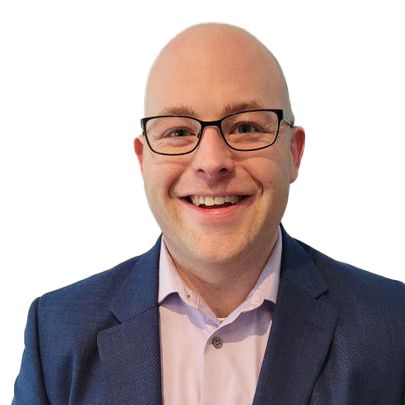 Kyle is a passionate and driven leader with a talent for building connections and amplifying communities, people, and businesses. His unique background gives him the confidence to adapt and find success in any environment.

How to Use Google Ad Grants for Your Non-Profit