There are many ways to determine which ad should be crowned king. Most PPCers tend to choose winners based on click-through rates or conversion rates. Before we go further, let’s make sure we’re on the same page in defining CTR and conversion rate.

Continuing on, the reason PPCers choose their winners this way makes a lot of sense:

These two methods both have their benefits and repercussions, especially when you have specific PPC goals in mind.

So, how do we take these two metrics and combine them into a useful test for a winning ad? We can multiply them together to gain more insights using the following equation:

Here is how we come to that number:

Convert the percentages to decimals

When you multiply your Weighted Conversion Ratio by the total impressions (100,000, in this case) you get conversion volume of 56.25.

This means for every 100,000 impressions, you should see 56 conversions. Match this number up with the cost per conversion, and you should get a clearer picture of which ad should be declared the winner.

Let’s go over some scenarios.

Below, you will see three scenarios with three different ads each. In every scenario, we will assume all ads have a CPC of $1 with 100,000 impressions. Each of these scenarios will result in a different ad that you might declare as a winner.

Scenario 1 – Choosing a Winner based on CTR

Taking a more in-depth look at Scenario 1, the user who chooses the highest CTR ad (Ad 3) will end up with fewer conversions, while simultaneously paying more for each conversion.

By using this formula, we can see that Ad 1 should be declared the winner regardless of your goals. You will always end up with the maximum amount of conversions at the least expensive cost per conversion.

Ad 1 – Best Ad for Total Conversion and Cost per Conversion

Scenario 2 – Choosing a Winner Based on Conversion Rate

Now let’s take a deeper look into Scenario 2 for a PPCer who has decided that conversion rates are the key metric in ad copy tests.

This user has picked the ad where conversions will be the cheapest (Ad 1); however, they are missing out on almost twice the amount of conversions for only an extra $2.38 cost per conversion at the same amount of total impressions.

Scenario 3 – Choosing a Winner Based on Total Conversions

Most of the time you will be running into a situation similar to Scenario 3.

This scenario is closer to the conversion rate differences that I have seen throughout my career in PPC. If your client is adamant about obtaining the most conversions and is less worried about cost per conversion (within reason, of course), you should be choosing Ad 3.

This ad has the largest Weighted Conversion Ratio.

If you are trying to hit a lower cost per conversion, Ad 1 will be the winner.

If your goals are a mixture of obtaining more conversions while keeping your cost per conversion not too hot, and not too cold, Ad 2 will be the winner.

Typically, there will never be a black or white situation when choosing a winning ad, so take everything with a grain of salt. The most important thing to keep in mind is that you should not determine the winner of an ad solely based on CTR or conversion rates 100% of the time.

What questions do you have in regards to CTR or conversion rates? We’d love to hear from you. Reach out to us on Twitter at @RocketClicks or contact us directly. 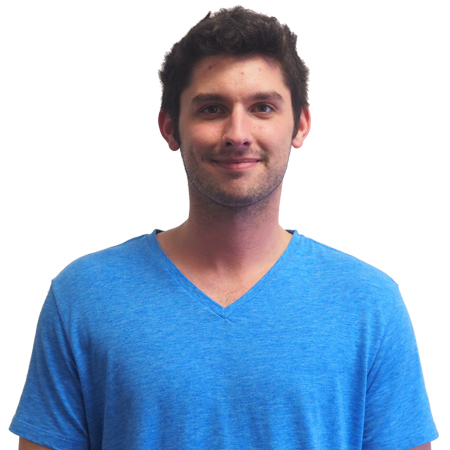 Alex is a Univerisity of Wisconsin - Whitewater alum and has been in the digital marketing industry since 2014. You can often find him strategizing new ways to advance clients' accounts.