Google Analytics collects a lot of data. This can be a bit overwhelming, especially if you’re not spending hours every day in the Analytics interface.

Perhaps one of the most often misunderstood metrics in Analytics is bounce rate – despite appearing in almost every session-level report.

This guide should help clear up common misconceptions about bounces and bounce rate.

What Is a Bounce in Google Analytics?

Google provides a succinct definition of a bounce: a single-page session on your site. That just about sums it up, but let’s get a little more nuanced.

In Analytics (and most other non-ball-related instances), a bounce is when someone visits only a single page of your website and has no other interaction that the Analytics tracking script can measure. The latter part of that sentence is important, but we’ll touch on that later. Ultimately, what you need to know is that, generally, if someone only views a single page of your website, they’re considered a bounce.

What Does Bounce Rate Mean?

Given that a bounce is someone who only viewed one page on your website, your bounce rate is the percentage of overall sessions that only viewed a single page.

The main goal of looking at bounce rates is to determine whether your site (and specific pages on your site) is meeting the needs of visitors. If people are bouncing, they might not be able to find what they’re looking for or there’s something off-putting about your site.

This is one of the most commonly asked questions about bounce rate, but the truth is, there just isn’t a consistent baseline for measuring good and bad bounce rates. An acceptable bounce rate can depend on:

In a very general sense, a lower bounce rate (say, 40-60%, but even that’s arbitrary) is ideal. But consider this:

This is where the pitfalls of measuring bounce rates come into effect. It’s purely a measure of what Analytics can measure.

Which brings me to my next point …

Remember when I said that bounces occur when there are no other interactions that the Analytics tracking script can measure? If you’re doing any sort of event tracking with Analytics, you’ll likely have seen the phrase “non-interaction event.” So, what is a non-interaction event and what does that have to do with bounce rates?

By default, events sent to Analytics are considered ‘interactions’ with your website – this means that Google Analytics will no longer consider the session with that event a bounce.

Essentially, events that qualify as interactions ‘trigger’ Analytics in the same way a new pageview would.

1,000 people visit the homepage. Of those, 375 people left the site without viewing any other page. However, of those 375 single-page sessions, 125 people downloaded a PDF on that page. This PDF doesn’t fire a new pageview, but it is tracked as an interaction event in Analytics. What is our bounce rate now?

Since the PDF download stops Analytics from classifying those sessions as a bounce, our new bounce rate is 25%.

The closer your bounce rate is to zero, the more likely it is just completely wrong.

That may sound harsh, but it is almost universally true. Bounce rates approaching zero usually imply one of two things:

On the other hand, if you have an event that fires as soon as the page loads, the default Google Analytics code will start a session, but the event would fire around the same time and instantly prevent the session from being a bounce, even if the user has no further interaction with the website.

There are very few instances where it makes sense to have an event fire when a page loads – and I can’t think of any instance where that would happen with an interaction event.

If you dig deep enough into the “Behavior” section of Analytics, you’ll likely stumble upon a metric called exit rate.

While exit rate is similar to bounce rate, they are, in fact, two different metrics.

This is a common myth, but one that is untrue.

Now, what might be (and likely is) true is that Google (and presumably other search engines) might measure what’s called pogo sticking.

Pogo sticking is similar to bouncing in that the user only views one page. The difference is that pogo sticking means the user went back to the search engines result page they came from, and typically very quickly.

Though harder to measure, pogo sticking is an actual problem, since it suggests there was something off-putting or frustrating about the site. You can learn more about preventing (or reducing) pogo sticking in this Moz Whiteboard Friday. 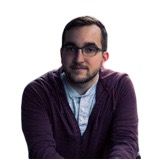 Josh has worked as an SEO since 2014, when he started as a copywriting intern at Rocket Clicks. Now a manager of the RC SEO department, Josh considers himself an expert on technical SEO matters and complex analytics tracking/configuration. When he's not messing with websites or code, Josh likes to walk his dog, Bailey.

Why You Should Adopt Smart Bidding Today