Here at Rocket Clicks, we love having a good debate on digital advertising best practices. On such debate involved a heated argument between a colleague and myself regarding Google Ads extensions.

For the uninitiated, Google Ads extensions expand the size of your paid ads and show the users more information as to why they should click on your ad, whether it is pricing, advantage, locations, etc.

When creating these extensions, you can put them on various levels within the account: the account, campaign or ad group. This allows the advertisers to use extensions that cover the whole account or work on a more granular level like an ad group.

This is where our heated argument arose.

To my colleague and I, this is the PPC equivalent of “Which came first, the chicken or the egg?”

So what are the pros and cons if Google Ads uses both campaign and ad group level sitelink extensions?

The positive: By filling up the additional spaces, Google Ads is making sure it takes up all available space. This leads to your ads taking up more ad real estate.

The negative: What if you have a different message for your ad group compared to your campaign? For example, say you are offering a 10% off sale sitewide, but for a single product you are offering a Buy One, Get One Free Deal. If you set up a 10% off sale sitelink extension on your campaign but set a B1G1 Free sitelink extensions on your ad group, your ad could have conflicting messages and might upset customers if they can’t get both deals. 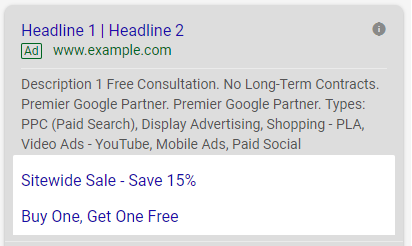 So, let’s ask Google! We brought the question to our Google Ads Account Specialist.

The answer: Google says it will use both.

Just to be on the safe side, we decided to test it out. We added a single sitelink extension on the campaign level: 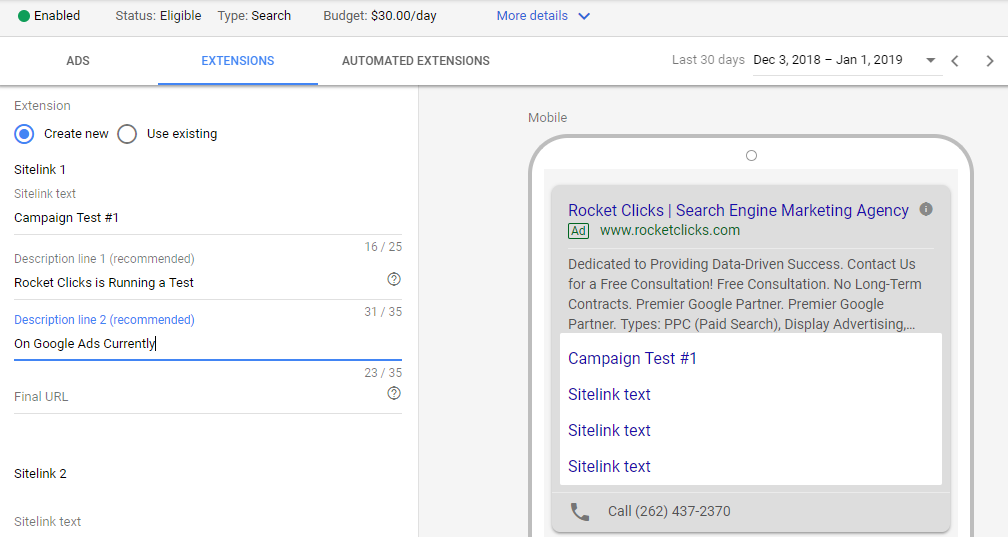 …and the ad group level:

We started to test out the ads and a wild card came in to steal the show – account level sitelink extensions!

With this experiment, we still had account level sitelink extension running.

Even though we had created a single sitelink extension on the campaign and ad group level, Google was showing the account level extensions and using neither of the ones we created for the experiment. It appears that Google is preferring sitelink extensions that are fully fleshed out compared to piecing them together. 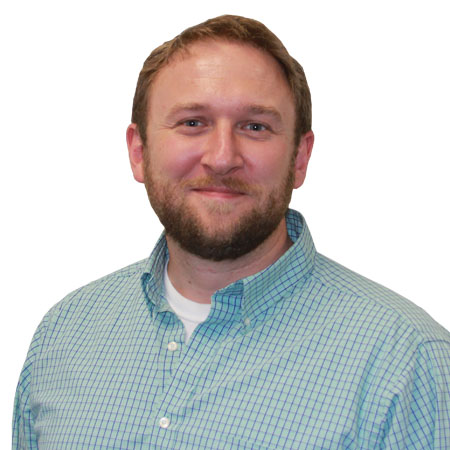 Jason first met PPC in 2013, and it was love at first sight. Through Review Extensions, Standard Ads and even AdBirds ads, Jason has always been by PPCs side, excited to test out anything new it has to offer. In his free time, Jason enjoys long walks off of short piers.