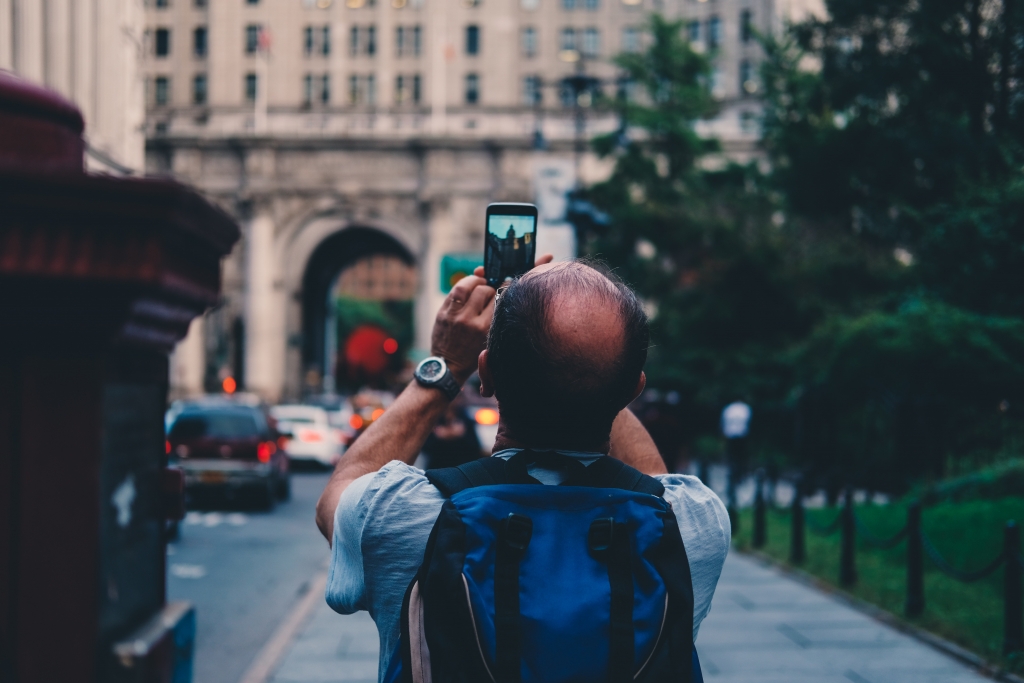 Photo by Matt McNulty on Unsplash

Those in the tourism business tend to focus on national or international exposure. That makes sense, but if you’re only thinking beyond your borders, you’re missing out on a huge piece of the pie: your own front yard.

With this blog post, I want to challenge digital marketers (SEOs specifically) in the tourism industry to think local. More specifically, I want to make the case for Google Maps Local Packs – a feature which, according to MozCast, ranks as the third most prominent organic SERP feature behind Knowledge Panels and Related Questions (neither of which are nearly as conversion friendly as the Local Pack, mind you).

Finally, I’ll wrap up the post with an abbreviated case study of a client of ours in the tourism industry to give some insight into the value of thinking locally.

Making the case for local

Before getting into the numbers, I want to lay out a few Universal Local Pack TruthsTM*.

*Not an actual trademark and may contain just a hint of conjecture.

More often than not, local packs are placed at the very top of the organic listings or just after the first normal organic listing. This means that, if you’re struggling to get above the proverbial fold in the standard organic listings, you can turn your attention to sneaking into that local pack to make up for it.

Maps traffic tends to convert well. Whether people are going to your website or they’re scouting out your location pre-arrival (not trackable, but still valuable), they’re naturally more likely to convert. I’ll cover this in more detail with the case study.

Maps don’t appear in the search results only for searchers in your vicinity. If there’s a geo-modifier (e.g. toy store milwaukee) attached to the keyword you want to rank for, the odds are very high that a Local Pack for that area will show regardless of the searcher’s location.

So, knowing that all of this is true, why do digital marketers and SEOs in the tourism industry tend to overlook their performance in Google Maps? This is mostly a rhetorical question, but my money would be on the idea that it’s just natural for folks in the tourism industry to think primarily beyond their borders. I was guilty of this sort of thinking, too, but now that I’ve seen the possibilities, Maps will be top of mind for all of my SEO engagements.

Disclaimer: To protect the privacy of our client, their name and other identifying details have been changed.

I have a client, Bigfoot Tours USA, in northern California that gives its customers a shot at seeing this guy:

They also have a non-profit side that fights to protect the habitat in which Bigfoot resides.

Prior to our engagement, they were ranking consistently in the top three of the standard organic listings for their major head-term “bigfoot tours northern california,” but were floundering down near the 10 spot in the Local Finder.

This was somewhat strange to me given they are both an authoritative brand on the subject and rank really well in the standard organic listings. They also had about 200 reviews on their Google My Business listing, most of which mentioned how much fun the “bigfoot tour” was.

So, I put on my local SEO detective hat and reviewed how they were measuring up against basic local SEO best practices.

The next thing I noticed was that their citations were a bit of a mess. Inconsistent business name, address, you name it. So, I plugged them into BrightLocal’s lovely citation building tool with all the correct information.

The main contributor to this huge growth in views for the GMB listing was the improvements made in Maps for “bigfoot tours northern california”. Overall, Search Console showed us that the whole site saw a 21% increase in impressions for this term.

Now you might be asking: “That’s great, but what did this improvement in Maps actually do for their business?”

I’m glad you asked! When we took over the GMB listings, we added UTM parameters to the end of the ‘Website’ URL, so that we could track how users converted once they got on the site.

Technically, it’s hard to say whether this improvement in Maps brought in business they otherwise would not have gotten, but what I can tell you is that users coming to the site via the Google My Business website link are 41% more likely to purchase a tour than those who came to the site through the standard organic listings. That’s huge. This doesn’t even take into account the potential boost in walk-ins they received because people were seeing their location near the top of the local pack.

Admittedly, Bigfoot Tours USA already had a lot going for it (a ton of reviews, authoritative domain, etc.), so I didn’t really work any local SEO magic. But this post isn’t meant to be tactical. All it took to be successful was for someone with the right perspective to pay attention to Google Maps. Maybe someday I’ll write a more tactical post with an in-depth analysis of the numbers, but hopefully this is enough to convince you that local should be a focal point in your overall SEO strategy, even if you don’t see your business as “local.”

How to Create Facebook Ads That Turn Lookers Into Bookers

Travel Experiences: Standing Out in a Saturated Travel Market