Since the splitting of Bing and Yahoo in 2014, BingAds has exclusively focused on the search network. It has positioned itself as a compliment to Google AdWords, but with a cheaper cost-per-click and an audience demographic that is older, more educated, and more highly compensated than their competitors’ audiences (making it a great B2B-focused demographic).

However, in late 2017, BingAds announced a move to venture back into the native ads space, making them a more robust marketing platform with greater targeting options than ever before.

One of the new targeting options offered is In-Market Audiences. These audiences are designed to target potential customers who are more likely to buy than their upper funnel researching counterparts, based on their browsing behavior.

In-Market Audiences better equip advertisers to reach users who may be specifically interested in their offers, a capability that had been lacking in search since its inception. Currently, there are 14 different In-Market audiences, including a variety of audiences in the Finance & Credit, Travel & Tourism, and Motor Vehicle markets with more to come in the  future.

Because of the different requirements needed to build these audiences effectively, they tend to be smaller than traditional custom/remarketing audiences. It’s important to understand this difference.

At Rocket Clicks, we’ve had the opportunity to test In-Market Audiences, including one notable example in the Sporting Goods industry.

We’ve focused our tests specifically on the Sports & Fitness/Sporting Goods/Golf Equipment audiences with a small (+10%) bid modifier. Although BingAds does not officially recommend an initial bid modifier, we recommend starting with a smaller adjustment (+10-20%) when beginning an In-Market audience test to help minimize risk.

This allows you to test higher average positions more often when your ad shows to these targeted In-Market audiences, helping to raise click-through rates.

Our test was centered around trying to increase sales above and beyond what our traditional search remarketing (RLSA) audience was driving. Our test was specific to the Golf ecommerce industry.

Results were significantly better with the presence of the In-Market overlay as shown in the table below:

Again, it’s important to understand that only users who qualify to be in the In-Market audience will be included in that list. However, as the results indicate, when a user does qualify to be entered in the audience, the opportunity for conversion can potentially be significantly greater.

Based on these results, we have applied the In-Market overlay across other golf products in the account, including within shopping campaigns which are also eligible.

BingAds In-Market Audiences help advertisers reach their target market more than ever before. As our test results indicate, they represent a new opportunity for marketers to generate more conversions for less. 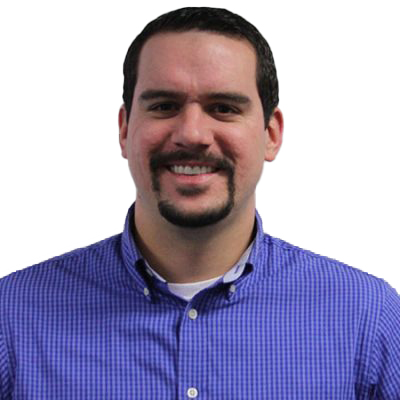 Brent has worked at Rocket Clicks since 2012 when he started as a PPC intern at Rocket Clicks. Now a manager within the PPC department for the last 3 years, Brent has managed over $1 million dollars in monthly ad spend spanning across both eCommerce and lead generation clients.