Firefox Makes Move To Yahoo For US Default Search Engine

Mozilla, the parent company of Firefox, has ended their decade long partnership with Google in favor of partnering with Yahoo. The company says the switch aligns with their new search strategy of “promoting choice and innovation.” The new deal is a five year agreement and will begin this December.

Earlier this week Bing announced that they will be including close variant queries to phrase match keywords. Close variants allow ads to trigger on keywords that closely relate to keywords but may be misspelled, plural or have a different stemming. Bing is allowing advertisers to opt out for now but plans to move to making this change mandatory like Google has done.
Source: Search Engine Land

Google News Offering Customized Stories Based On Your Interests

Google’s Krishna Bharat announced the “Suggested for you” feature as part of Google News. The goal is to provide users with the opportunity to read stories that are narrowed down by topic and local specific. There will also be a “not interested” button that will allow you to modify what articles are being served to you.

With the holidays fast approaching Google has released some new features for Shopping Campaigns. These features come in the form of new reports that include auction insights, search impression share, and segmentation options as well as a flattened view product groups. These new reports should really help advertisers find pockets of opportunity as well as problem areas in their shopping campaigns.

Andrew Shotland reported this week that he was denied a bulk submission using Apple Maps’ Business Portal. Apple said they only accept bulk uploads with businesses with 1,000+ locations. They instead provided a list of companies offering business listing information since this is where they are pulling their data from. The list is mostly paid services and can be viewed on Shotland’s blog.

AdWords has revamped the Demographics section of the Display Network tab. Users can now see demographic information including gender, age, and parental status for display network campaigns. New charts of the data will be included to help visualize the data. Advertisers will also be able to see data in different combinations, like Females, Age 18-25 for example. This data should be helpful for advertisers who do a lot of remarketing and display advertising.

After months of testing, Google has finally settled on icons to display in the SERPs when a website is mobile friendly or not. The icons appear in gray and are seen right before the meta description. Google Webmaster Tools outlines the criteria that must be met in order to receive the “mobile-friendly” tag. Webmasters can also use a mobile-friendly testing tool, found in Webmaster Tools.

In recent weeks there have been many complaints being made against Google and their slow response to recent connectivity issues. These complaints can most easily be seen via Twitter with the #ppcchat. Although Google claims that any issues relating to Shopping campaigns should be fixed, the complaints are still rolling in – some with more than shopping campaign issues. Google’s response that they handle these on an individual basis may not be enough to calm all the frustration going around.

Google has already admitted that it penalizes sites that provide bad mobile experiences for web users. This week, Google admitted that they are experimenting with the idea of giving a ranking boost to those sites that earn the “mobile-friendly” tag. With the double sided incentive, it’s clear mobile user experience is as important as ever.

Google has announced recently that they will be expanding the availability of Merchant Promotions for product listing ads to the UK, Germany, France, Australia and India. These promotions can be set up through the AdWords interface via a promotions feed, but they will still need to fill out an interest from to get started.

A new feature has almost silently rolled out for AdWords this week. The new flexible bidding strategy aims to help advertisers automatically change bids to outrank competitors. Advertisers will be able to use this tool to assign a competitor they want to outrank and for what percentage of the auctions they would like to do so. They will also be able to maximum bids and chose to exclude low quality score keywords.

The Imperfect Measure of Links

We all know links form a major component of Google’s algorithm, but it is certainly an imperfect measure of authority. People link to sites for many reasons, and they aren’t always positive. Bryson Meuiner of Search Engine Land explains some of the inherent pitfalls of Google’s view of links as an endorsement. 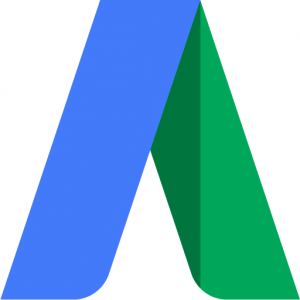 Ever wanted to see the top 10 visited urls with remarketing tags on them, or the time lag on conversions for your account? Find the answers to those questions and more in Susan Waldes recent post on Search Enigine Land that explains 6 reports that you may not have known existed for AdWords.

The End of the Keyword

The death of the keyword as the building block of online marketing strategy has long been heralded but never truly come to fruition. Dave Schwartz at Search Engine Watch posits that, with PLAs, attribution modeling and the death of ‘exact match,’ the end is really nye.