In what has been an ongoing story, France’s regulating body for information technology (CNIL) has officially given Google 15 days to comply with its Right to Be Forgotten (RTBF) policy on a global scale. RTBF means that EU citizens have the right to have links that are deemed private removed from the Google Index. This, however, only covers Top Level Domains that are part of the EU. The CNIL is arguing that RTBF is not totally effective if it doesn’t apply to all domains.

In a similar story, a Canadian company called Equustek Solutions won a legal case over Datalink Technologies Gateways for trademark infringement. Equustek requested that Google remove links to Datalink, which Google then complied with, but only for Google Canada. Last year, a Canadian judge ruled that Google was required to remove all links to Datalink from its SERPs on a global scale. Google has appealed, but did not win. Sources: Search Engine Land, Search Engine Land

A search deal between Microsoft and Yahoo took effect back in May has been recently renegotiated and Bing Ads will now be releasing data that will show weekly trends in Yahoo search ad click volume. With the previous deal, Bing Ads delivered search ads on Yahoo properties.  Now, Yahoo can serve up to 49% of desktop search ads from its Gemini system or a partner like Google as well as handle its own ad sales. Source: Search Engine Land

After a short week of being penalized, Thumbtack has made its comeback and its domain is now showing up again in organic search results. However, new information has come to light that shows Thumbtack had been cleaning up its backlink profile relatively consistently for about a month before the penalty. This new information suggests that Thumbtack’s backlink problems went beyond their newly instituted “badge” program. Source: The SEM Post

By the end of the month AdWords managers will need to be upgraded to AdWords 11.0 or higher, as older versions will no longer be supported. Although the newest version of AdWords comes with many new handy features and improvements, some users are still running older versions in pilot mode without learning the newer version. The deadline to upgrade is June 30. Source: The SEM Post

It should now be easier for webmasters to set up the breadcrumbs that show up in SERPs as Google has added new documentation to the Structured Data section in Google Developers. Optimizing the structure of breadcrumbs has become increasingly important for SEOs and Google is now starting to put a lot of emphasis on breadcrumbs for mobile searches. We can expect breadcrumbs to be a strictly contextual feature rather than navigational as they are not expected to be clickable. Source: The SEM Post

AdWords users only have a few weeks left to upgrade their destination URLs to upgraded URLs. The new URLs were announced back in February, so advertisers have had ample time to make the switch. For those not currently using URL tracking, there is an auto-upgrade process that will not require ads to be reviewed again, although there are some URLs that need to be upgraded manually. The deadline for upgraded URLs is July 1st. Source: The SEM Post 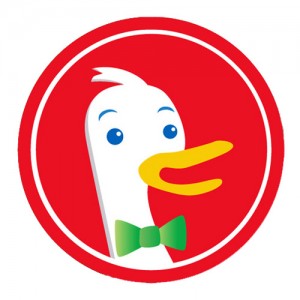 DuckDuckGo Traffic Up 600% since Snowden Case

Traffic to DuckDuckGo (a search engine that does not track user data) has skyrocketed over the last two years since Edward Snowden’s revelations regarding the NSA’s spying tactics. The volume of searches handled by DuckDuckGo is now up to about 3 billion per year (approximately the same amount that Google handles in one day). While DuckDuckGo is still not a household name, they hope to build on the momentum they’ve experienced over the last couple of years. Source: The Guardian

An update to the Keyword Planner tool has arrived recently and it now allows advertisers to compare impression share with competitors and the top five market leaders. This new enhancement may be useful in identifying top competitors as well as their impression share ranks and how it compares with others. The upgraded keyword planner should be available for most AdWords accounts now. Source: The SEM Post

Google recently instituted rich lists that show the amount of calories for items on popular restaurant chain menus. Searchers can find this information simply by Googling “<restaurant name> calories”. The results page will then feature a carousel-like rich list at the very top that contains calorie information for most of, if not all, menu items. Additionally, Google added dynamic featured snippets for specific items (e.g. “Big Mac”). These featured snippets are dynamic because they allow the searcher to modify the specific type of menu item (e.g. “Big Mac with no sauce”) and the quantity. Source: The SEM Post

Google’s “direct answers” feature which intends to give searchers the best possible answer to their specific question seems like a very useful feature on paper, but has not proven to be consistently reliable. The author, Amy Gesenhues, details out potentially problematic types of answers and groups them into 4 different categories: Open for Debate, Bad Results, NSFW Answers, and Not Necessarily Wrong, But Weird Nonetheless. At the end of the article, Gesenhues suggests that the examples she gave are just the “tip of the iceberg” and that she expects Google will have to confront a lot of issues with this feature moving forward. Analysis: Amy Gesenhues, Search Engine Land

Pauline Jakober covers possible growth opportunities advertisers may be neglecting. She emphasizes the positive possibilities of spending more and spending well. She outlines five different ways to identify these opportunities: Exhausting all possible search network keyword angles, ensuring you have a remarketing strategy, considering a google shopping strategy, advertising on the Google Display Network, and trying out video ads. In the publishers experience, advertising on the Google Display Network proved to be the best option. Analysis: Pauline Jakober, Search Engine Land