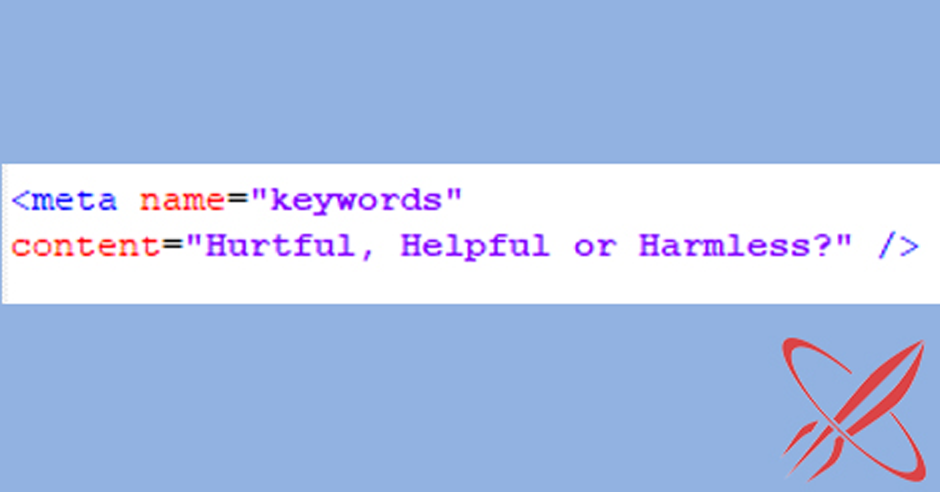 Anyone who has spent even a small amount of time trying to find the answer to an organic search question knows that there are no straight forward answers, everyone has their own theories and search engines (looking at you, Google) are notoriously vague. What worked before may no longer be effective or outright discouraged as “black hat SEO.”

In 2009, Google announced that the keywords meta tag is not used as a search results ranking factor. Since then it has been up to webmasters and SEO’s to decide whether to include meta keywords as part of their website and overall digital strategy. While most agree they aren’t worth the effort to implement and maintain, could existing meta keywords by hurting your ranking potential?

A large, niche ecommerce client that has been around for over a decade saw significant drops in organic traffic after Google made major algorithm updates in March, and again in April–and then in August and September.

We worked closely with the client to resolve any technical issues we could identify and enhance thin content but were limited by a non-existent CMS and impending migration that the client wanted to prioritize. While the changes we made slowed the traffic loss, every step forward seemed to be followed by two steps back.

After a deep dive into a SERP that is primarily dominated by a handful of industry-relevant retailers, we discovered that most competitors had removed all meta keyword tags from their site. Knowing search engines no longer use meta keywords as a ranking factor, we began to hypothesize that the meta keywords could be negatively impacting the clients ranking potential.

In order to test our theory, we identified two long-standing category pages that had similar primary keyword search volume; one as a control page and one to test our hypothesis.

The control page had been updated with SEO-friendly content for nearly nine months while the testing page had relevant meta data but lacked on-page content. To accurately measure the impact of changes, we decided to roll-out the changes in two phases with enough time between changes for search engines to crawl, process, and evaluate the updates:

We began to see meaningful improvement regarding our test page. This was not too surprising as the changes we made were going back to SEO basics, using keywords within relevant, quality content to convey the meaning and purpose of the page.

Phase two is when things started to get interesting. Based on Google’s own statements, meta keywords are not a ranking factor so we expected traffic improvement to level out during this phase. To our surprise, however, we saw continued, exponential improvement, especially when compared to the control page.

After testing concluded, we recommend that the client remove meta keywords from all pages. Since then, they have not done any major technical or SEO-based updates, but have seen organic performance improve site wide.

Search engines may publicly state that meta keywords are not a ranking factor, but the numbers seem to tell a different story.

Our study unearthed that the meta keywords were negatively impacting organic ranking potentially, especially on large sites that do not have a lot of content.

How Symbols and Punctuation Affect Keywords Within Google AdWords