A nation-wide leader in delivering quality banners and advertising materials was experiencing stagnant conversion rates on their homepage—a page that had previously been the most valuable landing page.

Performance started to flatline across all channels, and it was clear that what had been working in the past wasn’t getting the job done anymore.

We set out to determine the root of the issue and test the homepage with an updated layout that would drive more conversions.

The research done prior to making UX adjustments is the most crucial component of an A/B test. Understanding the user journey informs the decision making process and allows us to deliver the experience users want, rather than the experience we think users want.

To help us determine why users weren’t converting, we installed a heatmapping and scroll depth tracking tool that provided a visual snapshot of the user journey. We analyzed over 1,000 unique sessions looking for any common trends that explained declining conversion rates.

We found two patterns that confirmed our suspicions:

Once we had uncovered the source of the stagnant conversion rates, we put our findings into action with a solution that fit two important criteria:

Fortunately, the high-value on-page element that had been receiving little attention during our heatmap tracking research fit this criteria. Rather than reinventing the wheel, we repurposed this call to action by making minor user interface enhancements that improved usability

Once we felt the call to action met our usability standards, we changed its on-page location to a more prominent position—somewhere that users would not be able to miss.

In only four short weeks, it was clear that a strong call to action in a prominent location had vastly improved the user experience.

During the 50-50 split test, engagement to this newly featured element skyrocketed, as clicks had increased by more than 900% and transactions saw a healthy 11.2% increase.

Once we had realized the full potential of the improved homepage, we permanently added the above-the-fold call to action. Since then we’ve continued to see significant results. 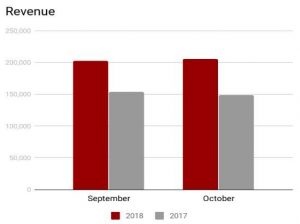 Users are now finding themselves with a clear path to convert and the homepage is performing at an optimal level.

Don’t underestimate the power of research and careful planning.

The time spent reviewing users sessions on the site had a dramatic impact on our ability to give site visitors exactly what they wanted. 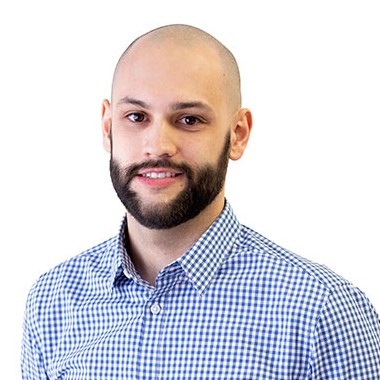 Blake is an Organic Search Analyst with a passion for writing great content that both search engines and humans can enjoy. He helps clients improve their online presence while effectively reaching target consumers. When he’s away from the keyboard, Blake enjoys spending as much time as he possibly can with his son, climbing the ladder to Grand Champion in Rocket League (maybe one day), and shedding light around the office with his, certainly not self-proclaimed, expert fantasy football advice.