Bing And Yahoo Down For Hours

Last weekend, users who tried using Yahoo or Bing were unable to access the search engines. An inside source reported the issue was the result of bad code rolled out by Microsoft onto the Yahoo service. Yahoo itself was down for four hours, while Bing was down for less time. Microsoft assured its users that the outage was not related to a cyber-attack and was simply an internal error.

Google has announced that they will be moving reach reporting for the display network out of the dimensions tab and into the campaigns tab. This allows users to view the report with more flexible date ranges than what was previously offered. Any scripts that pull in reach data should be updated as well. The move will take place starting the week of January 28th.
Source: Search Engine Land 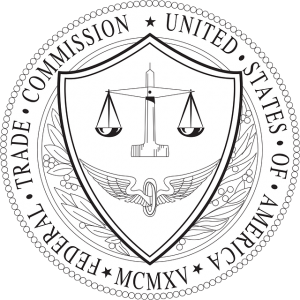 The US Federal Trade Commission has wrapped up an investigation into Yelp’s business practices and has decided not to take any action. The investigation began as a result of years of complaints and accusations that Yelp manipulates reviews based on businesses decisions to advertise with the site or not. The announcement came from Yelp and no specifics were given for why the investigation closed without legal action.

After recently rolling out vertical apps, Microsoft has announced that they will also be rolling out in-app advertising. These apps are currently available on iOS, Android and Amazon devices aggregate content from more than 1000 publishers. Ads are already available for purchase but only in sizes 320×50 for smartphones and 300×50 for tablets. Although the reach of these apps and their content is unclear at the moment, cross platform advertising could have unique targeted opportunity for advertisers.

Yahoo’s recent deal with Firefox to become the default search engine appears to still be benefiting Yahoo as their share of the market has increased 2% this past month, bringing them to 16% overall. This is the highest Yahoo has been in US search share since 2009.

Earlier this week it was Google announced that they will be begin reporting on viewability metrics for Doubleclick and YouTube advertisers. They also stated that eventually advertisers will be able to buy viewable video impressions across its display network. Due to findings stating that 50% of online impressions are not even seen, viewability of ads has become increasingly important metric. This makes Googles new reporting options should prove very helpful.

Bing has announced new editorial policy updated that disapprove ads which feature phone numbers in “plain text”. Phone numbers will still be available to show in ad extensions, just not in the ad text or title. Changes to the policy will be in effect as soon as month. Although changes will not affect existing campaigns and ads, if changes are made to an ad or new ads are added the policy will apply.

Cutts Comes Out Of Hiding 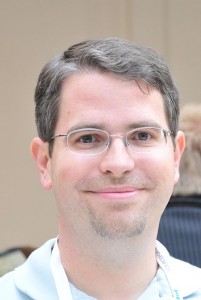 Matt Cutts, Google’s head of web spam, has not been heard of much since taking a leave of absence from Google in July of last year. But Cutts was scheduled to speak at an alumni event at the University of North Carolina this past week. The topic he spoke on was the lessons learned from the early days of Google.

Yahoo has made not attempts to hide their effort to improve their mobile advertising capabilities and services. In addition to acquiring in-app ad network Flurry and video ad platform Britroll, they have also been improving their internal mobile ad team in order to revamp their offerings. Other reports state that Yahoo will soon be offering advertisers more reach through bundled ad campaigns across its owned sites. These changes definitely improve their chances of pushing past Twitter as third largest in US mobile market share.

According to Torrent Freak, Google received 345 million link removal requests in 2014, a 75% increase from the number of requests the previous year. An overwhelming majority of the requests were connected to three domains, 4shared.com, rapidgator.net, and uploaded.net. According to the report most requests associated with those domains were removed without issue.

An update this week unrolled a carousel update that includes best-selling books. The data is based off of the New York Times’ best seller lists and is broken out into specific category. The results will only show if users search with a query related to “best seller” and a specific genre. Although it is expected to expand to specific title searches soon.

I know how much we’ve all missed Matt Cutts. Unfortunately, according to a recent poll on SEO Roundtable, most people don’t think he’s coming back.

As we delve deeper into the New Year, Andres Shotland of Local SEO Guide offers another 15 predictions for local search in 2015.

How Yahoo’s Firefox Deal Will Effect Paid Search in 2015

In a recent article, Mark Ballard from RKG examines recent data surrounding the Firefox’s recent default browser switch from Google to Yahoo and predicts how PPC may be effected in 2015.

Rebakah Schelfhout’s recent article on Search Engine uses data from e-commerce advertisers to analyze conversion performance for different delivery options. She concludes that in most cases PPC advertisers should not turn off ads entirely after delivery cutoff dates, but to instead use bid modifiers to lower costs.